My name is Clayton Grace. I am the creator of the site TI-99/4A-Pedia. I was born in American Fork, Utah, USA, one town over from where I currently live. I live in Lehi, Utah, USA.

Sometime in the mid-1980s, my parents gave my family a TI-99/4A home computer system with a handful of games for Christmas. At first, I don't think I was all that interested. All the cool kids living around me had Atari 2600s. Among the handful of games, however, were titles like Munch Man, Parsec, TI Invaders, Chisholm Trail, and Hunt the Wumpus. Playing those games quickly helped me to realize that the Atari offering really didn't offer anything. Not long after, mine was the home where the neighbors came to game. We continued to acquire other games. The ones we owned while I was a child include: 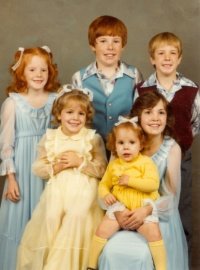 Our little TI-99/4A was the best system amongst all my friends up until one of them was able to get a Nintendo NES. However, most of them still agreed even then that the TI held its own even against a purely gaming machine. We honestly used it mostly to play games.

We eventually dabbled in programming a little bit. When I say we dabbled in programming, we didn't actually create our own programs. We typed programs from some of the manuals that came with the computer itself (I remember one called Bo Jangles or something like that) and then we bought Compute!s First Book of TI-99/4A Games and typed in every singe basic program from that book, recording them onto cassette tapes for later play. We didn't own extended basic, so those games always remained a mystery to us. That was a lot of fun but took an excruciating amount of time since we were all young, and none of us knew how to type. I remember it was usually myself and my brother Ken. We took turns, one reading the instructions while the other typed. It took us forever to get one program typed and saved, and then usually several more hours to days troubleshooting lines we mistyped.

As my infobox states at the beginning of this article, I am a pharmacist. So how did I get involved in making a TI-99/4A website? I've always been a huge fan of technology. I've built multiple computers for myself and others, installed and used multiple operating systems just to say I did, ran my own web server for several years (until I moved and my new ISP doesn't allow for a static IP address), and am the go-to tech guy for friends, family, and coworkers.

About the year 2005, I created my very first TI-99/4A website. It was a very simple HTML only site with no videos or images or anything. I then started to dabble in Content Management Systems (CSMs) such as WordPress and Joomla. I then created a much more multimedia-rich site using Joomla. I found I didn't have enough time then to actually add to or update that site as I was married with four children, and a full-time job and house and yard to keep up.

Then, I started to dabble with Mediawiki just for fun. I realized that would be the perfect format for an informative website like I'd hoped to create. I hoped to get multiple users and contributors to help grow the site as quickly as possible. Things started slowly as I started buying and photographing new cartridges, scanning and OCRing manuals, and web crawling to pull information from wherever I could.

When the COVID-19 pandemic started, my hours at work were cut in half. I started really adding a lot to the website. I monitor the number of hits pretty much daily, and at about the same time, the number of people looking at the site skyrocketed. I've added probably 40 new articles during just the weeks of the coronavirus issues. I hope to continue adding a couple of new articles each and every week, adding new items to download, and expanding the site. I hope to get a lot of new contributors as well. For any questions or comments, please contact me here!