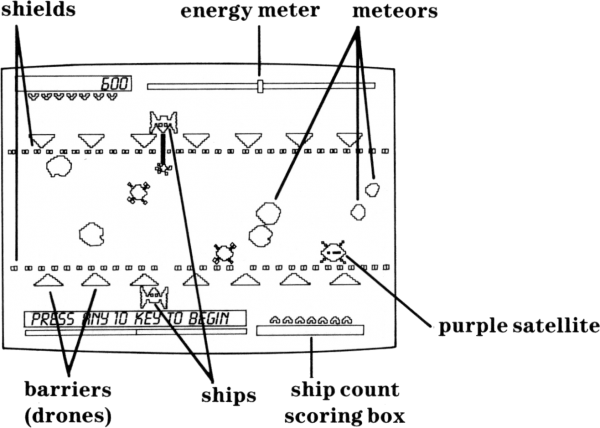 If you're challenging a human opponent, a second MBX joystick (sold separately) must be used. The second joystick is plugged into the right joystick port.

Press 2 on your TI computer keyboard if you're challenging another player.

Player 1 types his or her name using letter keys on the TI computer keyboard and then presses ENTER.

Player 2 types his or her name using letter keys on the TI computer keyboard and then presses ENTER. The game begins.